The Inevitable Star Wars Blog... Just in Time for the First Week of the Next Four Years. 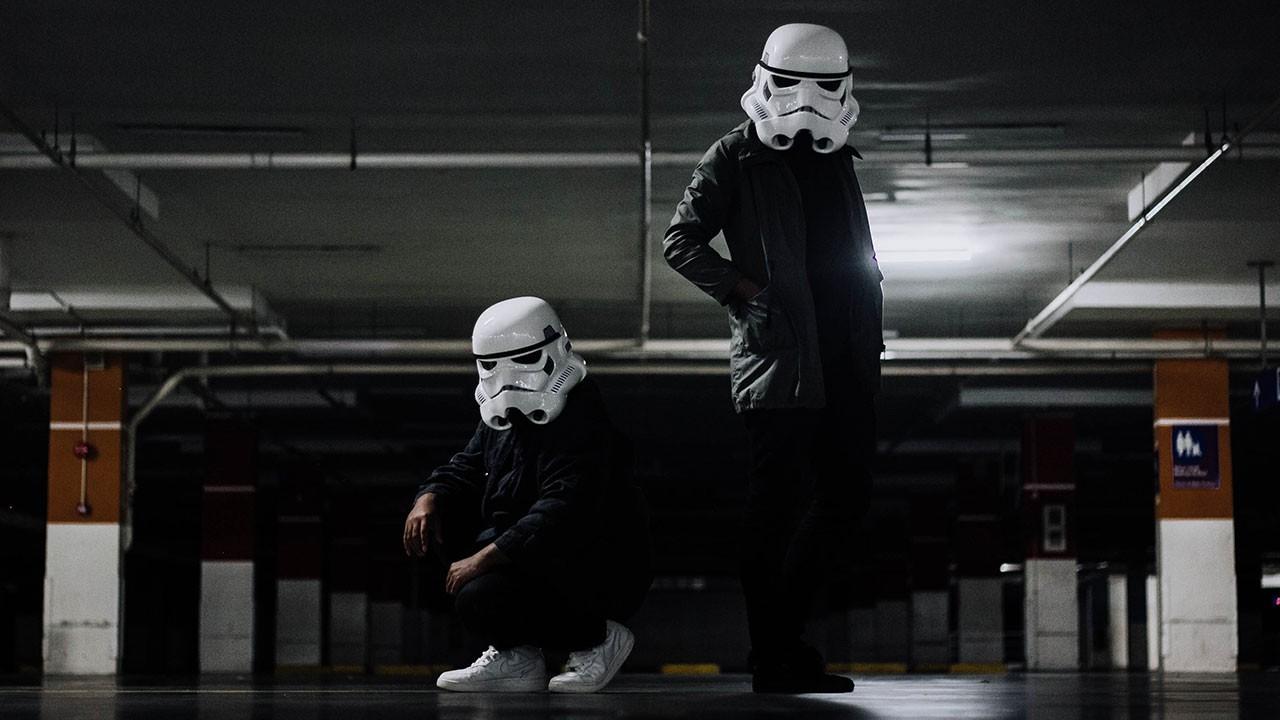 “A long time ago in a galaxy far, far away…”

Well, you know the rest—or maybe you don't. Maybe you aren't quite as far gone as I am into this whole Star Wars fandom thing.

However, I have mentioned several times here on this blog and proven many, many times in my real life that I am a pretty big geek. By geek, I mean, I could have given you the whole "A New Hope" opening monologue and wasted your Thursday, but I am learning that sometimes less is more. That day isn't today, but one challenge at a time.

Like many nerds, maybe even you, I have always been drawn to Star Wars films. Star Wars is, after all, the quintessential epic adventure of flawed people trying to improve themselves and ultimately trying to save a whole freaking galaxy at the same time.

I mean, I am a motivational speaker so I kind of have to believe that we can all change the galaxy—but it is a little unrealistic to think that all change falls on our shoulders. Even if we think we DO go it alone in this big, wide world, we don’t. I think that may fall somewhere in the lines of Freud’s “superego” theory—but maybe that is revealing a little too much of my inner-nerd—even for me.

So why the sudden need to dredge up the cliché "Stars Wars is the answer to all life’s biggest questions” speech? Although I try to refrain from being that guy who shoves his political beliefs in anyone’s face, I think no matter what side of political current events that you fall on, we are all a little apprehensive about the next four years. Like I have also said before, I am an eternal optimist. As we enter the first week of Trump’s presidency I like to think that hey, at least we’re all still alive, our cities aren’t on fire, and Sasquatch is still, at present, just a myth as far as we know… you can now spend your weekend camping in peace. (In case Sasquatch IS real, please see the fine print at the bottom of this message.)

In light of the fear of the unknown, I thought now would be the perfect time to figure out how we are going to survive these next four years together—but these tips aren’t just for making it through to 2020. They apply to all your freak-out, oh-crap, what-just-happened moments and if you let them, they might just help you stay positive even in the worst-case scenario.

The force is strong with this one. – Obi Wan Kenobi

(Oh, come on… you’re not surprised I started this off with more quotes are you? You know me better than that.) What is inside of you is stronger than you know. It’s why mothers lift cars off babies and why many cancer patients are some of the most joyful people on the planet. You don’t know what you are made of until you need to use it. The force is strong, whatever you call that force. Even when you think you can’t do it, you can. You will. You will wake up tomorrow. It will be ok.

If only we could all talk backward and sound so prolific. Sometimes the best cure for feeling negative is just doing something about it. Sure, you may not be able to prevent a wall going up or hateful things being said. You may not be able to even control what is going on in your house. Heck, I can’t, but I can try to change things – things right here where I am. Sure, my day may have sucked an asteroid, but if I look for small ways to make it better… it will get better. There is no try. Just do it.

I think this phrase can work in two ways. For instance, if you are a woman in the world (maybe even doing a little marching), Shakespeare said it like this, “Though she be but little, she is fierce.” You can also look at it from the problem’s point of view. A big problem is not always solved with a big answer. Sometimes it is the small answer that is most effective. Sometimes the solution to a great big mess of crap you never wanted or asked for – is realizing no problem is so big that it cannot be conquered. If Yoda can open a can of whoop @ss on Darth Vader, you can sure as heck conquer today or a stack of past-due bills.

Remember the force will be with you, always. – Han Solo

We are never really alone. I don’t want to get too altruistic. I don’t know what you believe in, but I believe that we are all interconnected. We are here for a reason. If your purpose was done, you’d be done – but you are here. That shouldn’t overwhelm you. I think that says that you have a lot of good left to do here in this galaxy. You aren’t ready to leave it. The universe is not done with you yet. No matter what you are going through, someone out there is going through it too.

As we go into the next four years, let these years be a metaphor for change. Maybe life is preparing us to just realize that we are all in this together. We are a force to be reckoned with. I am so proud to be living in this time when we actually have something to rise against together. I don’t mean that combatively. I mean, we have a chance to make things better together. If we do nothing more than show our children that we can be the difference, even in our own house, this trying time will have served its purpose… and that makes me feel REALLY optimistic about tomorrow.

*FINE PRINT: Void where prohibited... if Sasquatch is discovered in your general camping facility, Joshua Harrell is not liable for said-Sasquatch related injuries. I would, however, like to sign your cast and bring soup because, well, I'm not a jerk or anything.*